For BATAILLE, I created approximately 40 minutes of rhythmical, vocal compositions. One day, the choreographer Danièle Desnoyers came to my studio with a dozen vinyl recordings from the baroque period. She explained that she wanted her next piece to be closer to a museum installation than to a staged choreography. 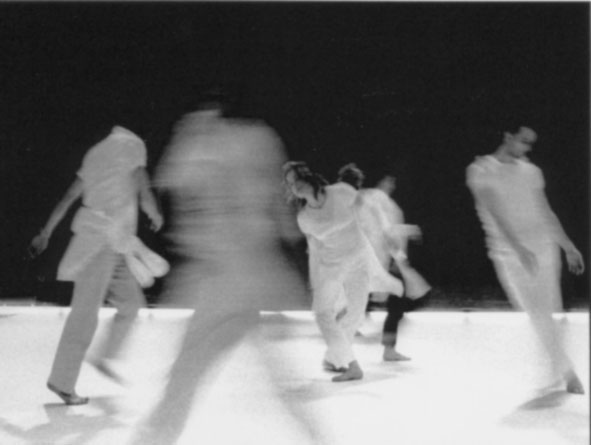 The title she was thinking about for the piece was BATAILLE… For her, the title did not refer to a fighting combat, but rather to oppositions being confronted. What happens when two oppositions meet? What is left? What is created? 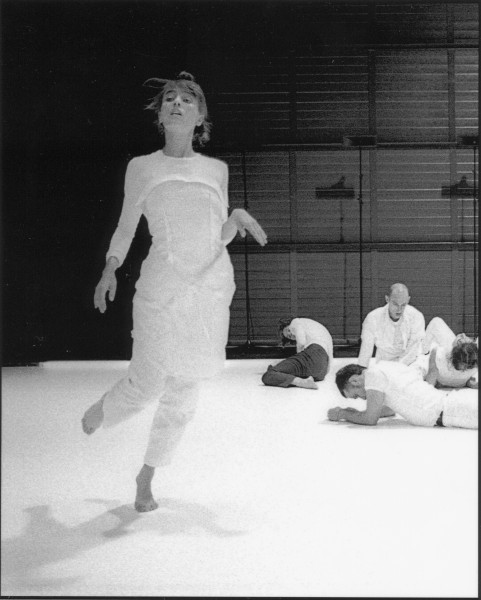 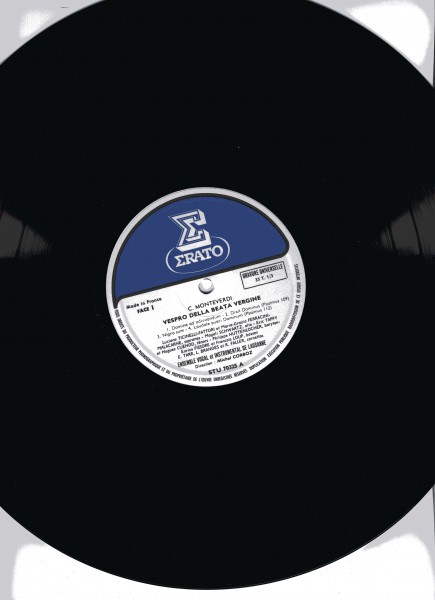 How can movement be created when one part of the body is tensed, while  another part is very relaxed? Sound-wise, what can be created from the meeting of contemporary and traditional musical forms?

I suggested investigating the recordings she brought to see what I could do. Listening to them one after another, my first impression was quite negative. I had no idea how these representative examples of the baroque genre could become something else.

As an experiment, I tried mixing them together like a DJ. I would pick any album from the pile and try mixing it to the record already playing. This method was very haphazard. Every mixing session was recorded to digital audiotape. These mixes became the raw material from which I collected very short excerpts to compose the multi-layered soundscapes for BATAILLE.

My primary sources of inspiration in the composing of BATAILLE were the musical theory from the baroque period and the various composing styles used by DJ’s and contemporary microsound musicians. Influenced by the microsound musical genre, every small crackle or noise that revealed the vinyl format was taken as an opportunity to create a rhythm or a melody. Small vocal excerpts were integrated in an attempt to emphasize the emotional quality already present in the baroque style. 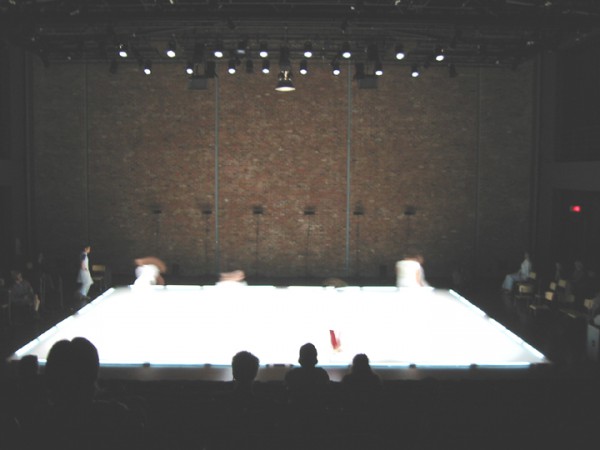 To create a visual impression akin to a museum installation, I decided to use piezo speakers. The six piezo speakers changed the aural qualities of the sound. The high frequency range of the piezo speaker resulted in a very thin, piercing sound. The soundscapes would sometimes be amplified by these special effects speakers as well as by the main sound system, to create the illusion that another instrument was suddenly playing the same parts, but in a much higher range. 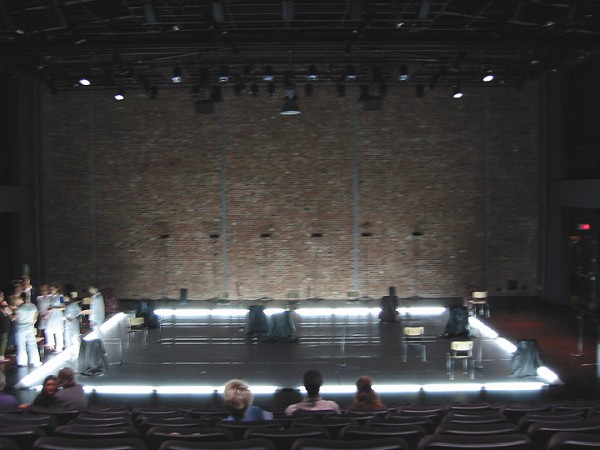 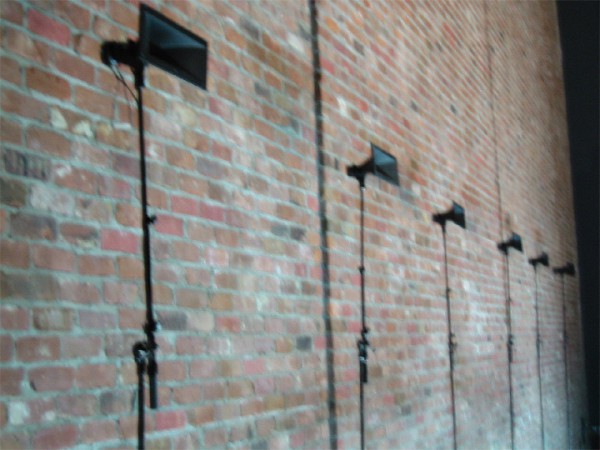 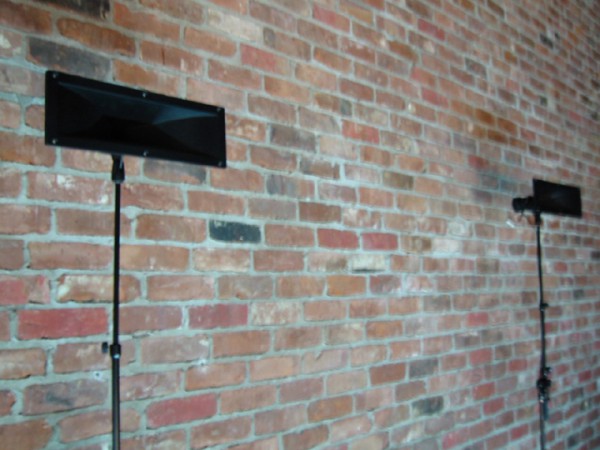 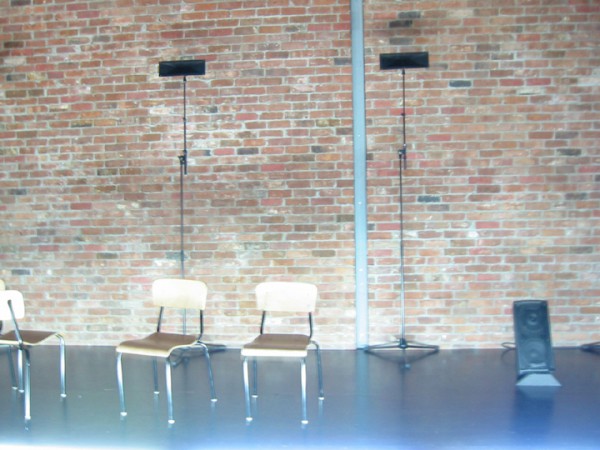 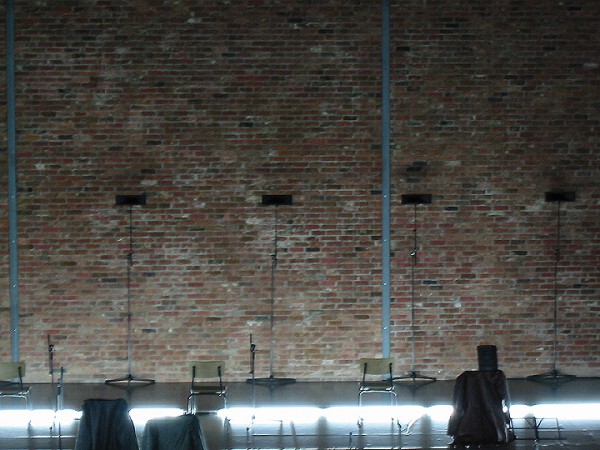 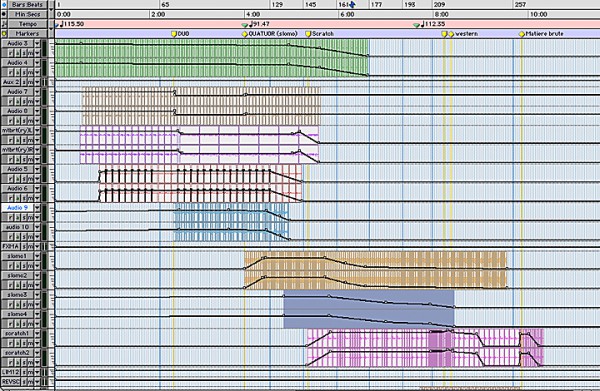 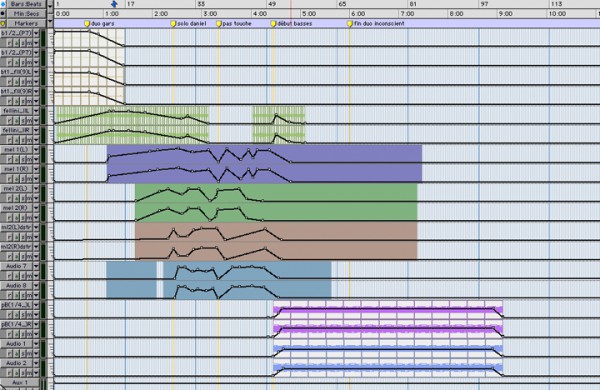 Le Carré des Lombes would like to acknowledge the dancers for their involvement in the creation of Bataille.